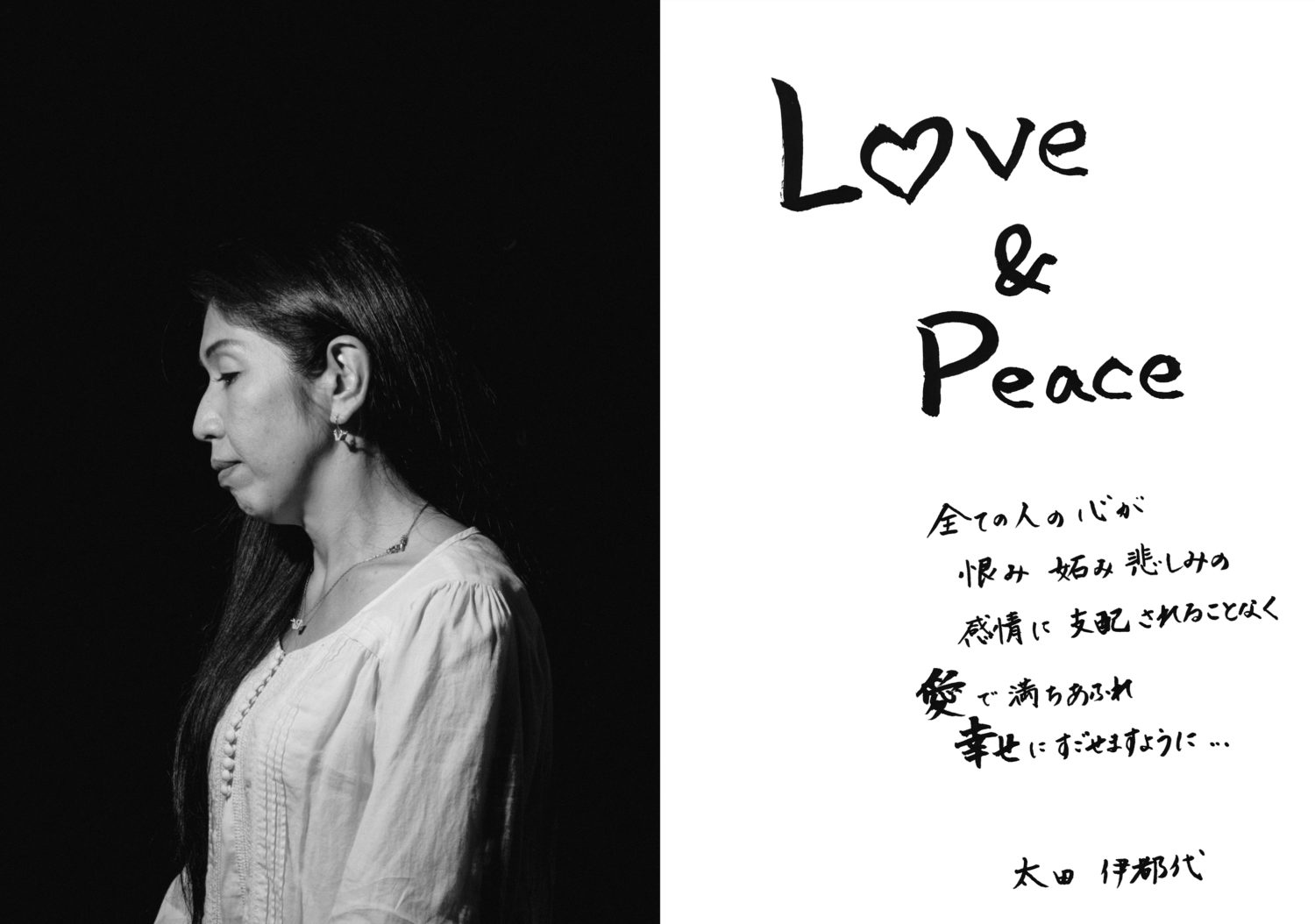 I pray that every human spirit
Is able to thrive without being bound by
feelings of hate, envy or sorrow
I pray that we can all live
in an abundance of love and happiness…

“Every year, on August 9, my grandmother used to hang up a boy’s school uniform instead of a lantern for the Bon Festival (a Japanese tradition to honor the spirits of ancestors). She bought a brand new one every year, and neatly tucked up the sleeves. I have come to find that she did this to honor her eldest son – my uncle – who was killed by the atomic bomb attack at age 16. Back then, parents bought their kids’ school uniforms a couple sizes too big so that they wouldn’t outgrow them, and folded up the sleeves so that they wouldn’t drape over their hands. Although she rarely talked about her eldest, my grandmother did this every year until the day that she died.

My father was also exposed to the atomic bomb, but he has no recollection of it since he was born in February of that year. Thus my brother and I grew up never really confronting the fact that we were second generation hibakusha. It was always a thing of our parents’ and grandparents’ generation.

Until I had my first child, that is. I had trouble conceiving, and when I was finally pregnant, I was in and out of the hospital due to multiple miscarriage scares. Inevitably, I started to think about my status as a second generation hibakusha. My parents didn’t even prepare ubugi (baby clothes), for fear that I would lose the child. “Kao wo mise ni kuru dake (the baby may just come to show us its face),” they said. Thankfully, that was not the case.

A month after my daughter was born, however, the doctor found a tumor in her stomach. We were told to wait one month for an MRI. My brother, who happened to be a pediatrician, was able to pull some strings and get us an earlier appointment. The MRI results revealed that the tumor had detached from the stomach and was moving around. The doctors couldn’t figure out why. We went straight in for an operation and removed the tumor, which was large and decaying. ‘This could have exploded in your child’s gut, causing her to go into shock,’ the doctor told us. ‘If you had been waiting a month for the MRI, she would have been dead.’ I will always remember the fear I felt of losing her, and the guilt.”