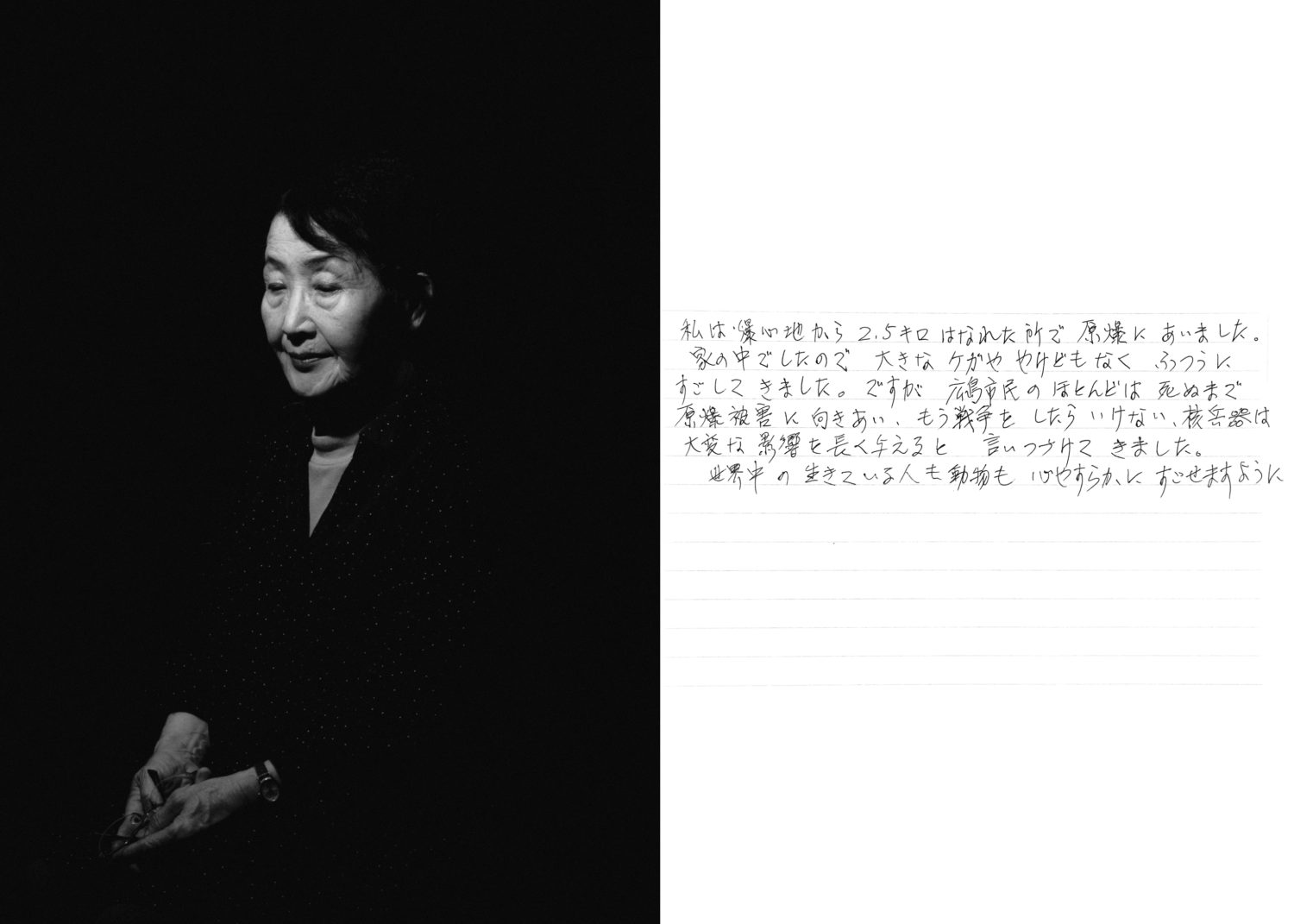 “I was 2.5km away from the hypocenter during the bomb attack. I did not incur any major burns or injuries, as I was inside the house. Still, most citizens of Hiroshima must suffer the consequences of the atomic bomb until the day that they die. I have pleaded time and time again that war is inhumane, that nuclear weapons inflict longstanding damage.

I pray that all living beings on this earth live in harmony and peace.”

“‘This will put you at a disadvantage for marriage,’ my father warned me. I weighed my options. I was a young woman and healthy for a hibakusha. I decided not to apply for the hibakusha techou (a booklet administered to atomic bomb victims that subsidizes their health care costs), for fear that my soon-to-be husband would find it.

I got married at age 24. My husband and I had two daughters and one son. We moved around due to my husband’s work, from Yokohama-shi to Takamatsu-shi to Matsuyama-shi. I never revealed to anyone that I was a hibakusha. ‘You’re better off not telling anyone,’ a fellow hibakusha once told me. Evidently, when she had shown her hibakusha techou at the doctor’s office, the reception clerk was shocked and told her to go to a different hospital.

When I turned 46, however, I was diagnosed with amotio retinae, or detachment of the retina. The surgery costs were formidable, to say the least. It was later revealed that the retinal damage was caused by radiation from the atomic bomb. After 44 years, I finally applied for the hibakusha techou.

I ‘came out’ as a hibakusha at the age of 55 to work as a volunteer at the Hiroshima Peace Memorial Park. It was the only way that I could atone for my silence and give back to the community.”